It has a lot of names — golden ratio, golden mean, golden section, divine proportion and phi. They’re all shorthand for the ratio 1:1.618. There are a lot of claims about the golden ratio. It’s found in great art and architecture, it was used in the building of The Pyramids, The Parthenon, The Last Supper and The Mona Lisa. It’s found in nature in the sunflower, the human body, and the spiralling arms of a galaxy. Some even claim it can predict stock markets. The problem is it wasn’t, it isn’t and it can’t. The golden ratio wasn’t used in the creation of these monuments or masterpieces, it’s not found in the natural world and it can’t predict the future. The golden ratio isn’t the building block of God.

Phi does have one amazing quality. When you apply the ratio to a rectangle you create a golden rectangle. If you add a square the same width as its longest side then you create a new golden rectangle. Most commonly you see this applied in the layouts and proportions of books and magazines. The problem is the fiction around Phi, when it’s retrospectively applied to justify why a piece of art is great, to prove why a logo is perfect or to explain how a flower evolved. It’s an intoxicating idea to think that a number can unlock the secrets of nature, or success on the stock market, or beautiful design but, it’s an untrue one. 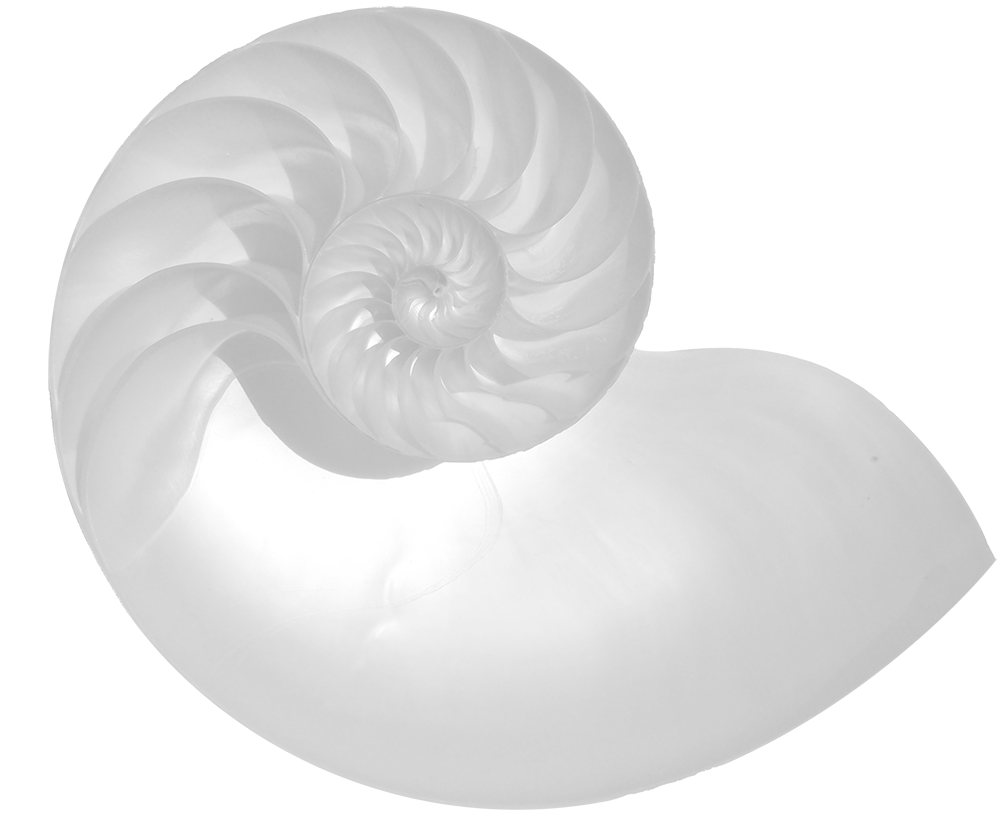 This is a nautilus shell, the poster child for Phi’s presence in nature, this time through a golden spiral. As the animal grows its shell forms into a perfect curve each quarter turn. It’s hard to find a book, presentation or article about the golden ratio without a picture of this shell but, like many other claims this one is hollow.

Once you start measuring then the myth quickly falls apart. The shell isn’t a perfect spiral — even if it was it is closer to 1.33 than 1.618. You can jump through hoops to try relate the Golden Ratio to the shell but it starts to look more like numerology than mathematics. Spirals are common in nature but the golden spiral is not. Similar claims that the petals of flowers or the arms of a galaxy adhere to the ratio fade once you begin measuring. 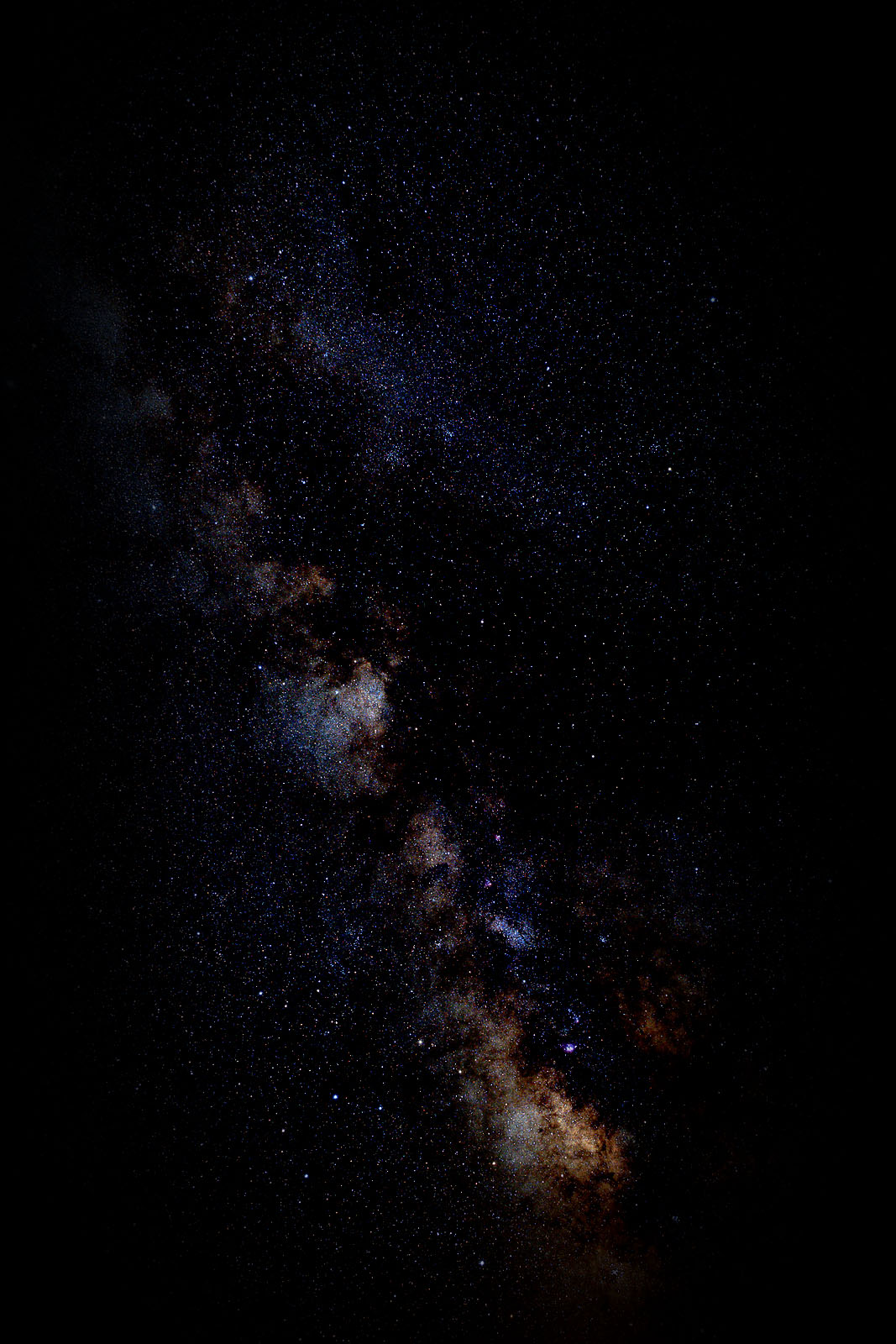 The ratio is a construct of man not the signature of God.

The apple logo in its old age has taken on a number of myths. Did it symbolise Alan Turing? Was it a reference to Newton? Maybe Eve’s bite of the forbidden fruit? Was it made using the golden ratio? I like the maxim that if a headline ends in a question mark then the answer is no. 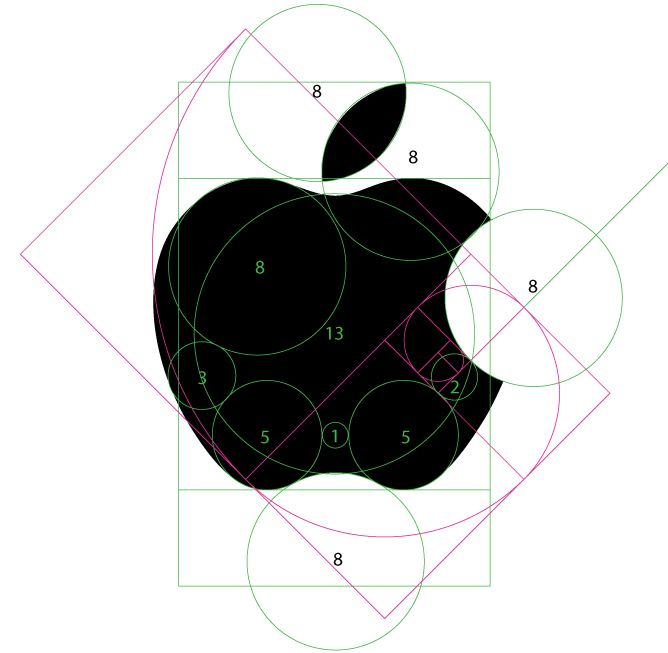 In this image it certainly looks like it uses the golden ratio. It’s an impressive swirl of circles and numbers — but the pink rectangle doesn’t line up with anything, the largest circle 13 doesn't line up either, and most of the curves aren’t even circular. It looks authoritative but this image is just a series of random gaps and arbitrarily defined circles, it’s been thoroughly debunked. The original Apple logo designer Rob Janoff has spoken about retrospectively applying rationales:

“Years later you find out supposedly why you did certain things. And, they are all bullshit…Somebody starts it and then people go oh yeah, that must be it.”

This myth persists though and it is a common one among great designs. You can find similar graphics of the golden ratio superimposed on the iPhone, the Parthenon and the Pyramids as though their designers had simply referred their decision making to a number rather than their creativity and talent.

If you design with perfect geometry as the foundation the result appears slightly jarring. This can be useful in the case of a logo or distracting in the case of a typeface. It comes up often in design. If you place an image in the exact center of a page it looks to be slightly lower. Horizontal lines look thicker than vertical ones. Even the ancient Greeks didn't have perfectly straight columns because they knew it looked weird.

In typography round letters like ‘o’ hang slightly below the baseline so that they do not appear to float. Visual rhythm is hurt by the precision of perfect lines and geometry. Geometry is often a good starting point for design but it is not a cudgel that can be used to craft a perfect solution. It’s nice to think that we can outsource decisions about size and distance to a ratio but geometry, grids and math are only a tool, a starting point from which to refine.

A huge array of tools have been created to craft books, design websites and establish font hierarchies based on the golden ratio but, it is just that, a ratio. It does not possess divine qualities, it is not found in the stars or in the ocean, and it does not solve design problems. If you look long and hard you can find something close to the golden ratio in anything, like searching for faces in the clouds. 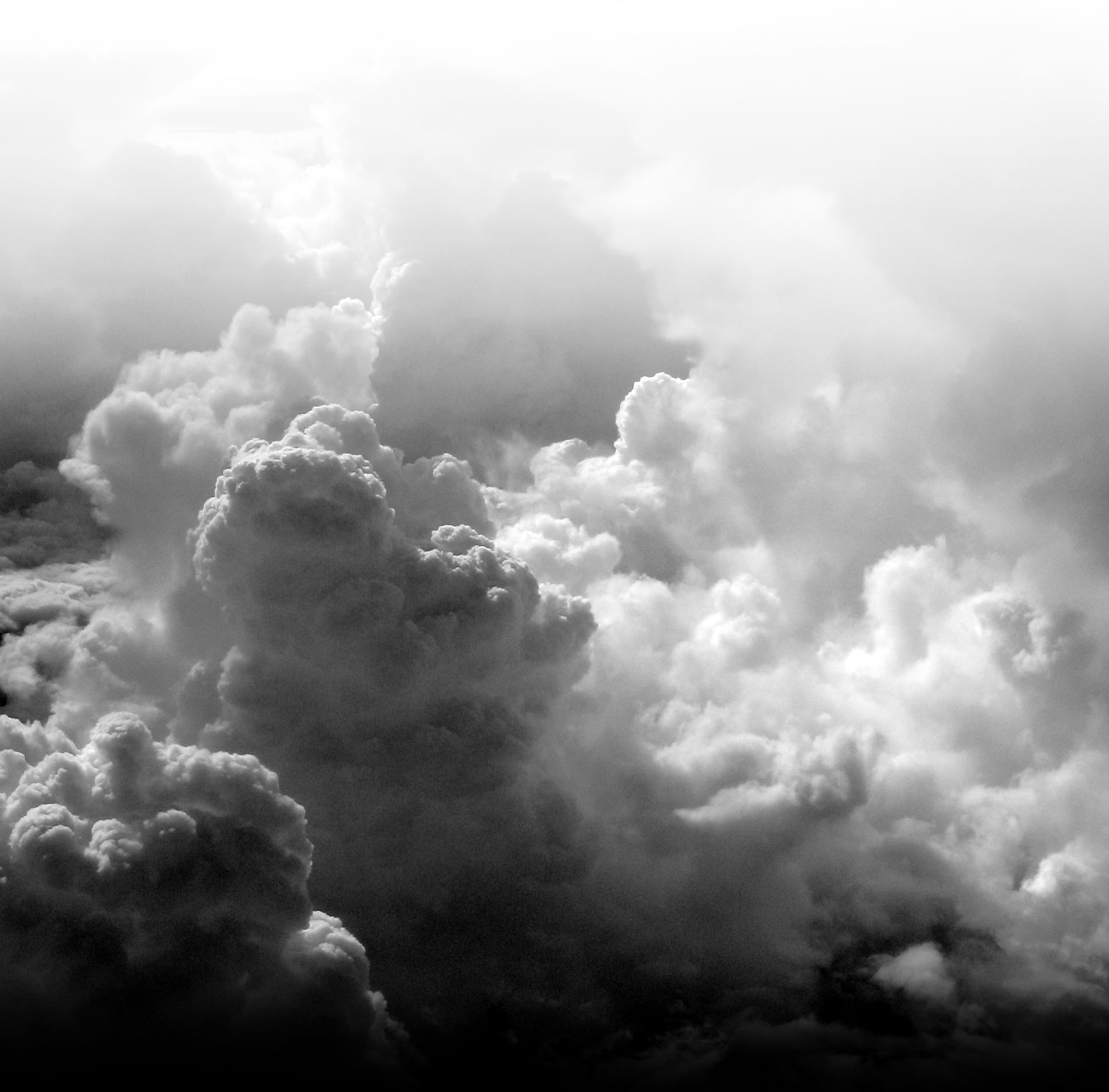 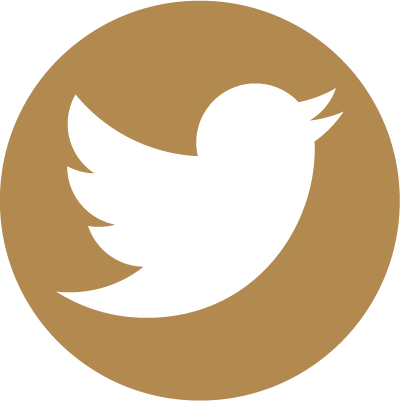